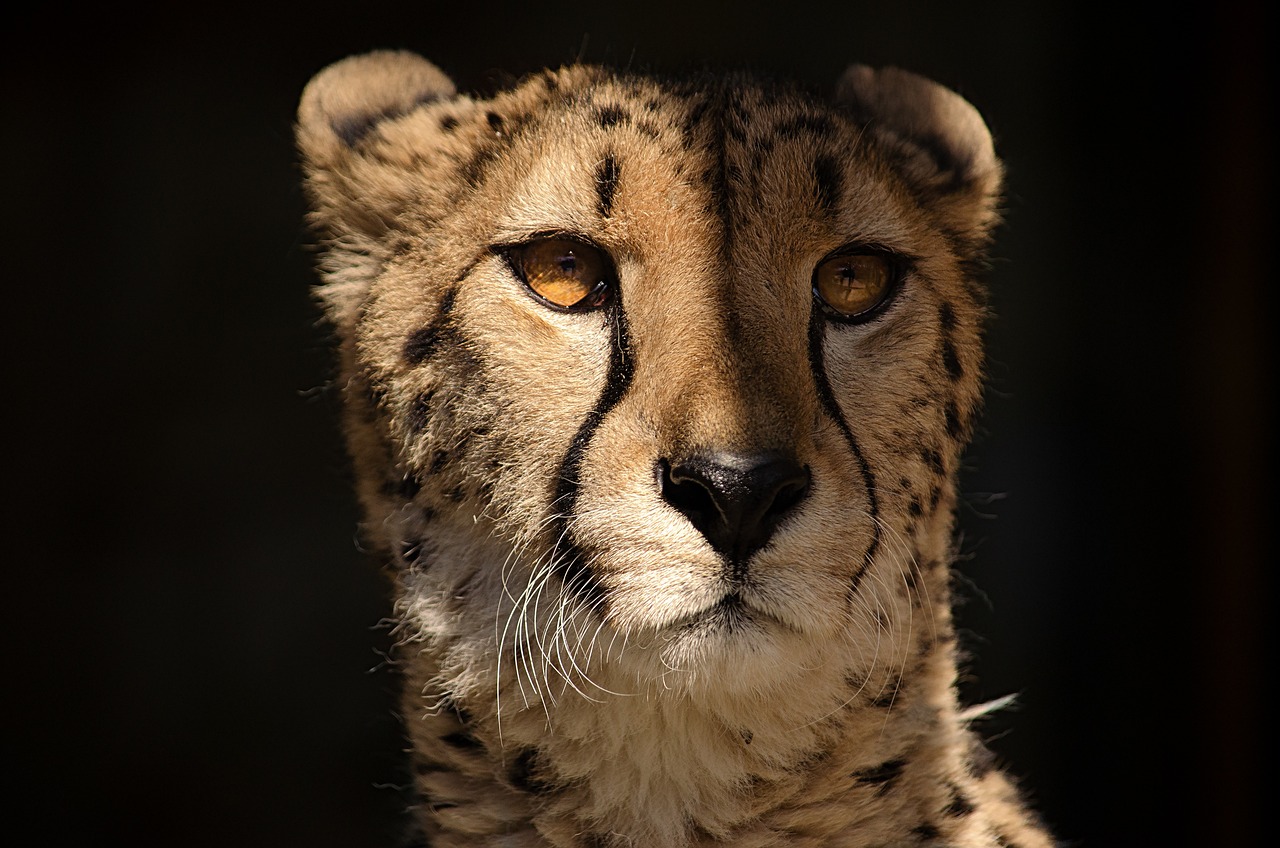 December 4th marks Wildlife Conservation Day. Established by the U.S. State Department in 2012, this day seeks to raise awareness about preserving Earth’s most vulnerable species. It reminds us of our moral obligation to protect the animals that enrich our planet and our lives.

One of the most well-known endangered species is the cheetah–and as luck would have it, today is also International Cheetah Day.

Native to sub-Saharan Africa and central Iran, cheetahs are widely known as the fastest land animal, capable of sprinting up to 75 miles per hour in just three seconds. At full speed, cheetahs take around three strides per second, each of which covers around 22 feet. Sleek and slender, they are also beloved for their elegant, golden-tan coat covered with solid black spots.

Sadly, the cheetah population is rapidly declining. According to the IUCN Red List of Threatened Species, only around 7,000 cheetahs are alive today, making them the most endangered big cat in Africa. One century ago, over 100,000 of them roamed the planet–marking a decline of over 90 percent in that timespan alone. Moreover, cheetahs are now considered extinct in 30 former range countries in Africa and the Middle East, displaced from the habitats where they once thrived.

Primary threats to cheetahs’ existence include hunting, wildlife trafficking, and habitat loss. Cheetahs are especially vulnerable to the illegal pet trade as their colorful fur remains an in-demand product among animal hunters. They are also frequently targeted by farmers who arbitrarily kill them, hoping they can preempt attacks against their livestock.

What is American Humane doing to support wildlife conservation and protect vulnerable species like the cheetah?

While the UN and other international bodies have coordinated activities to highlight the plight of big cats, we are committed to supporting zoos and aquariums involved in preserving the million species endangered in today’s Sixth Mass Extinction.

Through our Humane Conservation program, we provide certification to zoological organizations meeting high standards of animal care. Certified zoos and aquariums may be among the best-equipped facilities to save Earth’s incredible animals–including the cheetah. Learn more about how you can support our conservation efforts here.