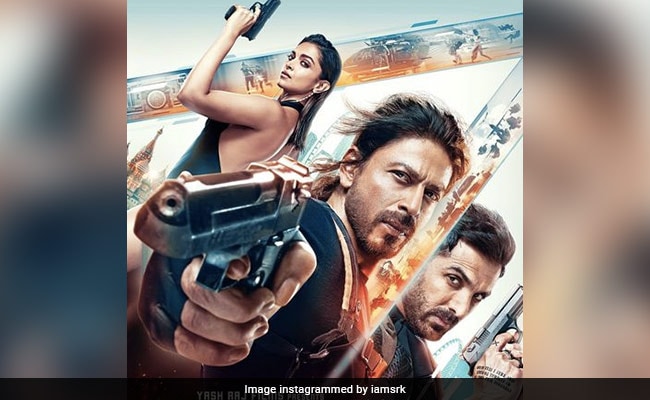 Pathaan is undoubtedly one of 2023’s most-awaited Bollywood films. Oh, and, it is not just fans who are excited about the Shah Rukh Khan film. Even industry folks have been sharing their excitement about the Siddharth Anand project, and the latest on the list is Anil Kapoor. On Pathaan’s release day, today (January 25), Anil Kapoor has only words of praise for Pathaan. Quote-tweeting a post by Shah Rukh Khan, Anil Kapoor declared, “#Pathaan is not just a film, it’s an emotion,” tagging Shah Rukh Khan and Deepika Padukone. He further wrote, “Looking forward to seeing #SiddharthAnand create magic on the big screen!”

#Pathaan is not just a film, it’s an emotion!! @iamsrk@deepikapadukone
Looking forward to seeing #SiddharthAnand create magic on the big screen!https://t.co/giqessTLWVhttps://t.co/X3i0mPZf0Z

Celebrate #Pathaan with #YRF50 only at a big screen near you, in Hindi, Tamil and Telugu. @deepikapadukone | @thejohnabraham | #SiddharthAnand | @yrfpic.twitter.com/F8UDM6Pz1I

Speaking at the teaser launch of his film Bhoola, Ajay Devgn said, “After the film (Drishyam 2), became a super hit I would say, we need more three-four super hit films. Because after the pandemic things have slowed down. We need to inculcate that habit among people to come to theatres to watch a film. So let’s keep our fingers crossed.”

He added, “I want every film to be a super duper hit. Now Pathaan is releasing and whatever reports we are reading about the advance booking it seems fantastic and I am very happy about it from the bottom of my heart.”

During an AMA session on Twitter, SRK reacted to Ajay Devgn’s warm words. SRK wrote, “Ajay has been a pillar of support and love to me and my family for years. He is a wonderful actor and a beautiful human being. Strong and silent.”

Ajay has been a pillar of support and love to me and my family for years. He is a wonderful actor and beautiful human being. Strong and silent. https://t.co/gbDD1Zc2rm